The Midas Kingdom - Jewel of Elysium 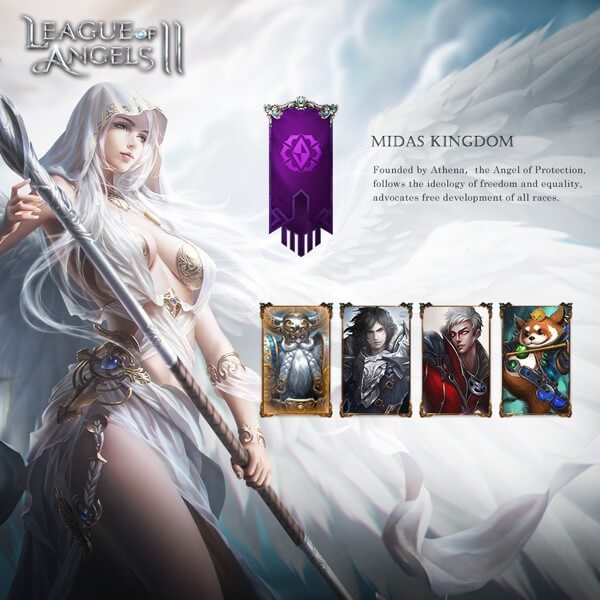 After the great war left Elysium in ruins, the Angel Athena took the intiative to restore the land back to its former beauty. She created the kingdom of Midas and opened its gates to all races. The citizens of Midas were all equals and given the freedom to develop on their own. Under Athena’s wisdom and guidance, the Midas Kingdom grew into the largest and most prosperous of the three Angel Kingdoms.