A platform enables players to fight against each other. Powerful warriors will be on the ranking list. 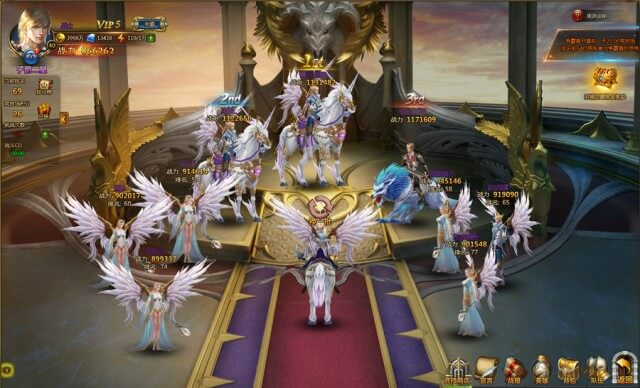 * Each player has 5 free attempts daily. Extra attempts can be bought with diamonds.

* Each attempt will add a 5-minute CD time. As long as CD reaches 10 minutes, the squad will be iceboxed that can not fight temporarily. You can remove CD with diamonds.

*Defeat a player of a higher ranking to take his/her place.

* Player receives Prestige, Gold, and diamonds no matter how a match ends. Prestige can be used in Arena Shop to buy various practical game items.

* Ranking rewards can be claimed at 21:00 based on rankings. The higher your ranking is, the more rewards you can claim. (Unclaimed rewards will be sent by mail.)

*The top 64 players are eligible for a weekly tournamentnament called Domination. In Domination, the most powerful warriors gather together to win double rewards.